This example illustrates how a family Bible might be entered as a source. See the introduction for notes that apply to all three of these examples.

Here is the example provided by Ms. Mills' Evidence! for Bible Record (with Provenance):

Wholly Genes has interpreted that example to create the following TMG templates for it's source type Bible Record:

In an attempt to match the example in Evidence! I then entered the following data in a TMG source definition, using TMG's Bible Record source type: 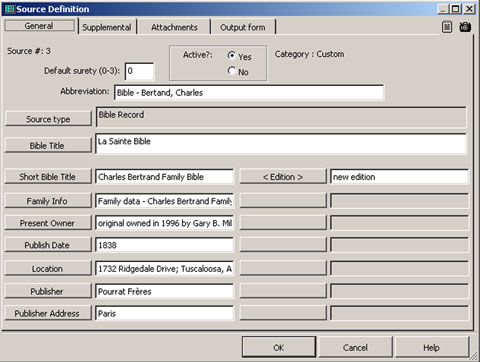 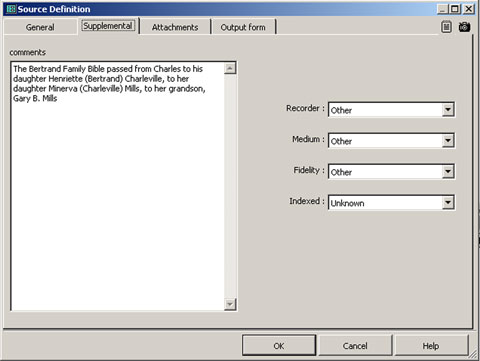